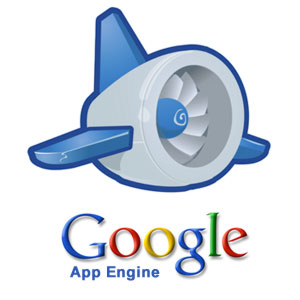 For developers who are frustrated by the idea of having to maintain their own complete server setup just to test and deploy their PHP applications, the rise of cloud-based hosting services was a dream come true. Gone were the days of expensive hosting setups that didn't match needs, and along came pay-as-you-go pricing and usage models. While the venerable Amazon Web Services cloud offers a decent set of solutions, some developers were hoping for others, and along came the Google App Engine.
However since its original launch, Google App Engine has been limited in the languages it supports. Java and Python were supported from the beginning, but at long last Google has unveiled support for the PHP and Go development languages. PHP has finally moved into what Google terms the 'preview' phase of development, a sort of specialised beta release. In the past, developers had to jump through extra hoops to use the App Engine with PHP, placing their applications on a Google-approved whitelist before they could be fully deployed. With this latest status change, PHP hosting is now available to the general public without any additional headaches.
Though it sometimes has a history of recalling product launches that don't end up working, Google seems to be fully committed to supporting PHP, developing a comprehensive integration plugin for hosting Wordpress sites (which, of course, are entirely PHP-based) among other goodies. For those who want to develop online, the App Engine offers an editing interface similar to the Google Apps office-style suite, but it also allows developers who prefer to work offline to update code using JetBrain's PHPStorm IDE thanks to a simple plugin (grab it here).
The best part of all? If you're not looking to launch enterprise-level development applications, you can use Google App Engine to host your PHP app completely free of charge. Simply by signing up, developers are entitled to 1 GB of storage, and are allotted enough CPU time and bandwidth to support an application that receives almost 5 million page views every month - yes, you read that right. If you suddenly decide you need more space for your app/site/whatever, additional space can be purchased at a ridiculously cheap $0.13/USD per gigabyte per month. That puts it well ahead of the Amazon Web Services offering, which requires an investment - and you can be sure that the Google App Engine will run your PHP code just as flawlessly as all their other services. Visit the site here, and login with your existing Google account: http://developers.google.com/appengine/
SHARE: