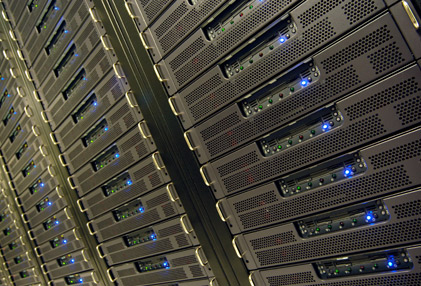 Facebook is arguably one of the most well-known websites in the world. With over a billion active user accounts (despite some disagreements over how many of those are fake accounts), Facebook is also one of the largest PHP deployments in the world - if not the absolute largest. A custom written virtual machine dubbed the 'Hip Hop Virtual Machine' translates Facebook's PHP code into 64-bit x86 instructions for various kinds of heavy-duty server-side computation.

Naturally, though, they're interested in ensuring that they have the best possible setup on the back-end, and the up and coming ARM architecture has a number of advantages over x86 processors for massively scaled server setups like Facebook uses. Interestingly enough, Google, who uses a mixture of AJAX and Python for their heavy lifting as also interested in experimenting with the ARM processor architecture.


For Facebook, however, the primary concern is not being locked into a monoculture of processors as various implementations of the technology evolves. They're hoping to adjust the Hip Hop Virtual Machine to be as architecture independent as possible, although their most realistic timeframes don't see a complete switch for several years.


The ARM processor architecture is extremely attractive for any large web-based service, as it's far more power-efficient than a comparable x86 server farm setup. When you have a massive number of servers the way Facebook does - estimated in 2012 at just under 200,000 - power bills are one of your major concerns, and the ability to adopt newer, more power efficient architectures is extremely appealing.

While Facebook is remaining relatively quiet about the entire process, you can look at a far more technical explanation of their plans at their Hip Hop Virtual Machine blog here. If you're a highly-skilled PHP developer who is also very familiar with the ARM server architecture, you might even consider applying for the job!
SHARE: